Been staring at the world
Only through my rearview
I have sure seen hell and back
that I begged to be a beetle car
one with a firm and round behind,
one the world could sure smack
in painful ways and for too long
as it jerked off with the cascade of time
Bliss indeed is of pain and pleasure.

Seen fast-paced cities and porous borderlines
met empty barrels, swollen suits and egos
with fat pockets and sleazy manners.
Only those who look see the worst in men
irrespective of the envy for potbellied blind men
and how they sidestep the tiny dirtway
red carpets do not tell clearer stories
but only reiterats sparkling desserts.
Who is a dusty old beetle to complain?

I have seen emaciated collarbones
and the frivolity of singlets that cover them.
I spoke in the cant and smiles of privileges
Of teachers that porter sturdy knowledges
Their stare is not supposed to reek failure
Not in life for they should speak its language well
But they too have seen hell and back
and can only wish to to be a beetle like me
And see the world in passing, expecting nothing. 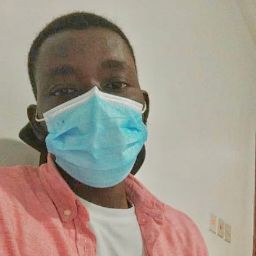 The Voices in My Head

The More You Look, The Less You See