Scary wild thoughts crept into my mind as I lay on my bed strewn with clothes, and I hearken to the call of trembling fear. My body temperature swoops to cold. I was in absolute despair and fear of the unknown.
In my mind, I had so many reasons to hang on—probably, I will still get out of this cruel world. A lot of times, my mum’s words pierce my heart so deep and I feel a bit of hope inside me, but the pain I feel shatters every piece of hope in me. There were so many words I could utter, to save my fragile and frightened soul from vanishing untimely. Yet, my voice is caught up in fear and there was narrow hope of saving my self

I could recall the number of times Sister Beatrice would come over either for dinner or lunch. I would stare words on her but she couldn’t decipher. She attempted so many times, to have a private moment with me, but it always proved abortive. The ‘beast’ will never allow that to happen.

The torture continued, and now, I could feel the dreadful approach of death. It came closer every day, reminding me of how I have less than a day. My father is the ‘beast’ that devoured my dignity and dissolved the memories of my childhood. As it is, I am not the first neither the third, he is a heartless predator that has preyed on so many innocent souls.

I was half-asleep, darkness overshadowed my gaze as I lifted my eyelids. I could hear footsteps echo in the silence, and now, my world came crumbling right before my eyes. I could feel the torments even before they came. I clenched my pillow as he neared. My eye closed at the approach of terror. The door squeaked as he gently opened. My heartbeat got faster, he was here for me.

While ambling towards me, he gave me a vile smile, one that showed that his wicked intentions. My body was now deeply immersed in fear. Voices that teased my cowardice echoed loudly in my ears. I clasped my knee together as I began to whimper. He ascended my bed, took off his polo shirt. While running his hands through my cornrows erotically, his phone rang and he stopped for a bit, stood up from the bed, and moved towards the drawn curtains. He searched frantically in his pockets for his phone. I was still lying down, holding myself in defense as I stared daggers at him. My heart ached so much at the sight of him.

He had successfully robbed me of my pride once again. I could do nothing to refuse this mistreatment. I sobbed loudly as I smothered my face onto the pillow, wishing I could just run out of breath and die!

For the first time in days, I slept soundly. I just woke up and I could hear voices coming from the living room—they sounded like my father’s and Sister Beatrice’s voice. So, I silently walked to the passage to sneak up on them as though something told me. My body quivered at the conversation between Sister Beatrice and my dad. I plodded over to my room, lay on my back, and wept at the feeling of betrayal.

Sister Beatrice is my mum’s younger sister. In spite of the love and care my mum showed her, she knew about everything my dad has been doing all along. They were both accomplices. I couldn’t stop crying, it seems as if my torture multiplied.

After a while, I pulled my self together. I took down my mum’s picture that hung on my wall and started to narrate what I heard and how to hurt I feel with what sister Beatrice has done.

As I talked, the torture seemed to have multiplied and now the narrow hope I had was not narrow anymore, rather, it was dead!

Days were counting and Sister Beatrice kept coming, pretending to be innocent, not knowing I knew her true color.

She was here again, I heard her voice from the gate as she approached. I ran inside my room since I couldn’t stand her presence anymore. To my surprise, she didn’t call on me this time. After a while, I came out of my room and heard voices from my father’s room. I glued my ears at the door to eavesdrop and I could hear them talk. Sister Beatrice told my father to hasten things up and get rid of me so that she can pack in without any hindrance.

The word “get rid” crushed my heart. I wanted to die and leave this torture but I never wanted to be killed.

I went back to my room, searched for my mum’s diary. I took it out and flipped through the pages until I got to the page where mum said she wrote Lucifer’s number. Mum didn’t intend to tell me where she wrote this number but I remember she mentioned it to me while telling the tale of her mother who died untimely just like my mum. But this time, my grandmother died in the hands of her in-laws. I wrote the number on my palm, sneaked out of the house and I head to a call center. I called Lucifer and he gave me the address of his home.

The journey began, I trekked to his home despite the far distance. The journey ended, I got to his house, knocked on his door and a tall, dark man dressed in a black and red kaftan came out. From his look, I could see how genuine the description mum gave about him was. He led me into his sitting room and asked why I came. Instead of giving of swift response, I kept on looking around his sitting room decorated like a devil’s home. I was scared but nevertheless, my mind was made up. He snapped his fingers to call my attention. I told him about everything and what they were planning to do to me. Lucifer, after hearing this, asked me what I want to do to them. I told him I wanted to kill them brutally, yes! kill them brutally.

He gave me a look of someone who doesn’t know what they are doing or saying. I burst into tears and told him how much I wanted my father to suffer for the torment, torture, and maltreatment he made me go through.

I pondered about it for a while and told him to give me both. He told me it has a very critical consequence if I use both together. I asked what consequence, and he said death! I went blank for a while, the sound of death was scary, but no, I couldn’t go back, my mind was made up. I was ready to end everything. So, I told Lucifer to give me both which he did.

I got home, Sister Beatrice was still home. I felt joy in spite of the dead-end looming in front of me. I walked behind his window, sprayed the powder on them. I quickly ran into the house and went straight to their room and they were, as expected, insane. I tied them both together with the rope and I kept smiling at the pain they were going through. I sighed relief and I watched myself slump to the ground, running out of breath while I smiled in the presence of death. 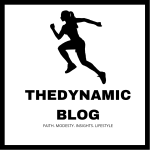