Why did you lie at first about love,
Why didn’t you tell her that you were fake,
That her expectations would never be like a dove,
But would turn her world into a lot of shake?

Did you even know what you were doing,
Did you know that you were starting a big war,
A war that will follow you everywhere you are going,
No matter how long or far?

You use your muscles on her to prove a point of being strong,
But in the eyes of us real men, you are a fool,
Which cannot differentiate between what’s right and what’s wrong,
And still in front of people you want to act cool.

Our women are living in pain
While you think abusing them is a skill,
You no longer have the guts of doing it time and again,
For your aim now in life is to kill.

They sleep in fear each and every night,
Their pillows are wet because of crying,
They try to make things right,
But even though they do, you always bring up a fight.

They wake up everyday just to fight for their lives,
Some even sleep outside in the cold.
Because of these man who aren’t afraid to use knives.

I raise my fist up to those men out there
Who think that laying hands on women proves a point
Those men who use women as their punching bags
I say NO! NO! NO!
STOP WOMEN ABUSE! 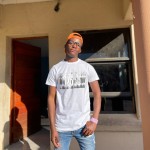 Love in a Strange Land

Voice of a Refugee