I was standing by the road side waiting for a taxi when I had this urge to empty my bladder. I did not go at first to search for where to do my business because I did not urinate outside. I normally controlled it. But this one was becoming so strong; it was the type that would make you start ‘walk-dancing’.

I saw a bush that was not far from where I was. I walked there immediately to do my business. While I was there, I noticed a snake slithering out of a small hole. I did not like snakes and I have this morbid fear of them like I had for dogs. My heart beat accelerated immediately.

I was dressing up quickly to leave when the snake stopped all of a sudden. I thought it would come after me and I became petrified. I began moving backwards slowly so that I would not make any noise. But the snake was still there and was not moving. Just then, something perplexing happened.

I watched it all through, and as my legs were shaking, I could not leave. I was so shocked and terrified because right in front of me, the snake turned into a man. He dusted himself off and walked out of the bush. I did not move immediately. I waited till he had moved a considerable distance from me.

I trailed him. He was walking like a normal human and he got to the road side and crossed to the other side of the road. As I observed him, I discovered that he had a taxi and people were already inside his taxi. I had the urge to cross the road and reveal to those people what I just saw.

But on a second thought, I stopped myself. Who would believe me? They would think I was insane. 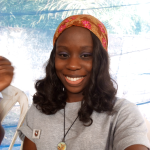 "Maybe I Am Delusional" — A Poem by AnikeBeloved