You left your home by 5:30am to board a bus bound for the city of Èkó.

You couldn’t sleep well the previous night because you had to complete your arrangements prior to your travel, so you concluded that you would catch some sleep during your journey.

You managed to find a bus after all the struggle at an exorbitant price but you had to pay anyway and your conductor kept announcing that you shouldn’t enter if you didn’t have your change.

You sat in that bus that almost didn’t practice social distancing, and had conductors and people selling nose masks, and passengers alike who didn’t wear their nose masks, but kept preaching to you and others to wear theirs, not so that you don’t contract the virus, but so that the policemen or task force at checkpoints would not stop the bus.

You, out of confusion at the irony of the situation, ensure that you wore yours anyway.

The driver started the bus and the journey began. You tried to catch some sleep but you could not because your heart was in your mouth because of the several potholes and the bad state of the roads of Èkó, and you couldn’t help but shout “Jesus” or the name of whatever God you believe in whenever your bus almost got into one of those potholes.

The loud sound of the faulty engines of heavy vehicles on the road and the various voices of your fellow passengers as they shouted “o wa o,” whenever they wanted to alight at their various bus stops, and also the woman in the bus advertising different kinds of unidentifiable drugs that could cure stroke, pile, arthritis, rheumatism, staphylococcus, which would also give the person one pint of blood added to your sorrow.

Your bus managed all through the bumpy ride with the traffic jam that seemed to never end till you got to the “greener pastures” of Èkó’s roads where the roads were better and had lesser potholes. You looked from your window and saw signs telling you that you were already in Ikeja, the capital of Èkó. You now see reasons why the roads were good at least, because you were in the capital of Èkó.

You could now finally sleep because the road was better and your heart had returned to its normal position.

Few minutes into your sleep, you discovered that the bus had slowed down and had almost stopped. You hear sounds of passengers shuffling and pushing themselves that you begin to wonder in your sleep if these people realised that the virus was still very much in town.

You forced yourself to keep sleeping until the person next to you tapped you because he wanted to pass. You opened your eyes then and realised that you were already at the final bus stop and almost all the passengers onboard had already alighted and the conductor was already calling in new passengers going the reverse direction.

You cursed silently under your breath at the disruption of your sleep and even louder when you realised that the driver didn’t stop at the agreed destination.

You carried your backpack and got down from the bus because new passengers were already trooping in.

You decided to trek to the agreed destination to take another bus to continue your journey. Suddenly, you felt someone’s hand on the zipper of your backpack and as you turned to confirm your feelings, you see the figure of a young boy most likely fifteen years of age run as fast as his legs could carry him and mixed with the crowd.

You wanted to shout and pursue the pickpocket but just as you turned to your right, you saw some touts fighting over something that looked like two hundred naira and a further away, you saw a policeman without a face mask arrest a civilian for not wearing face mask. Amidst the noise, you heard Kizz Daniel’s ‘Èkó’ blaring from the speakers of one of the shops in an ill-fitted plaza nearby.

You smiled to yourself and nodded because this was Èkó and all that drama was expected because that was what makes Èkó Èkó.

You decided to put your backpack at the front this time because you could not afford to be bitten twice and you had to be wise because you were in Ékó, just like a line in that song says.

You walked a few metres and boarded your next bus as you continued to see several sign posts reminding you that you were in Èkó. 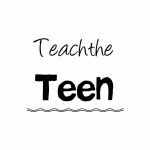 I’m Chiamaka. I love to write and that’s why I own the TeachtheTeen page on Facebook where I basically write articles on what teens and young adults face and how to overcome them. I also advocate for the Girl Child as I believe the girl child isn’t a second class citizen.
Aside these, I also try to depict the state of our nation through my writings and I also write about other random things.

"Her Diary" — A Flash Fiction by Allyna Kemmy

"Your Unexpected Visitor" — A Horror Story by Abigail Chukwu