Before the wake of the dawn,
Before his month could come,
He was born.
He was as tiny as a corn
Yet was madder than a fawn.

The doctor felt like a Don,
He bragged that he was smarter than a con.
Amidst his praise, the child’s skin began to burn,
The doctor had neglected him, caught up in his pun.

The child began to mourn,
And the nurses started to run,
Tests they had to run,
The doctor forgot all about his pun.

At the crack of dawn,
The treatments were done,
He became calmer than the sun.
I stood, watching my son,
I hoped he lives, for I needed to have fun,
With my premature son. 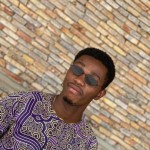 Eddie is a writer and content creator that loves painting the world with his stories. he has written several stories and poems and he is a published author. he is the author of SHE

“Upside Down” — A Poem by TD Adams

“No Super Powers” — A Poem by TD Adams

One thought on “Premature”

Blogs Directory
Back to top