“You won’t understand, Papa,” Ugochi said as she turned back to the window and watched the little boys in the compound wearing nothing but pants play ball.

“Understand what? What is there to understand Ugochi? That barely three weeks after your husband’s death, you are back to that stupid publishing company where you were working? What will people think?”

Ugochi sighed. Without looking at him, she knew her father was already agitated about this matter. But how would she make him understand?

“Ugochi, answer me now. Turn to me, look me in the face and answer me!” He was literally shouting.

Ugochi had no doubt that the unnatural silence in the compound, except for the children playing ball was because the housewives in the compound were delightfully feeding their ears. She also knew that it won’t be long before they gather in their kitchen to savor fully the juicy details they had heard.

She turned to face her father even as she wished she hadn’t answered his call to come to his house immediately. When would she ever grow a real spine? she wondered.

She looked at him, the man who with her husband had controlled the whole of her thirty-five years. The knowledge that his only child would even have thoughts of bringing shame to him had caused him to look aged beyond his years.

“I see nothing wrong with what I am doing, Papa. As long as the children are fine—”

“My grandchildren that you left with a stranger that you call a housekeeper? You dare say they are fine? Their mother is alive and my grandchildren are with someone that might be poisoning them at this moment? Is that how we trained you? Your mother will be rolling in her grave now,” Father said, his arms waving.

Ugochi could not keep it in any longer. “Ike is nearly seventeen, surely he can take care of himself and his brothers. But Papa, I am not leaving that job, no matter what you say or do.”

Ugochi forced herself to breathe. “I did not put water in my mouth, Papa. I can’t believe you would think I would deliberately put my boys in danger. I have been thinking of just them for eighteen years. Can’t I now think of myself a little, eh?”

“I won’t listen to this rubbish you are saying, Ugochi. If I had known, I would have told your husband you were going to the university without his knowledge. This nonsense would not have been happening now.”

Ugochi looked at her father for a while, and then walked past him to sit down in one of the three sofas in the room. The room was sparsely furnished. Aside from a big radio, a bed and the sofas, there was no property of value in the room. Father depended only on his pension and that was even delayed sometimes by the government.

“Obinna is through with controlling me. He cannot possess you to continue where he stopped, Papa. If only—” she stopped suddenly to calm herself. She was not going to cry. No, she was not going to. She braved herself to continue. “If only you know what I went through in eighteen years of marriage with Obinna, you won’t be talking like this. But did you care? no you didn’t. Why would you when because you no longer have money to feed your gambling addiction, you sold your only child who was just seventeen to your friend’s son? You forgot how that child, that daughter of yours pleaded to you that she wanted to further her education at UNN. How she cried to you that she didn’t want her dream of being an author to be aborted, but did you listen?”

There was a vein throbbing in Father throat now. “I won’t stand here and listen to you speak these nonsense to my face.”

But Ugochi no longer cared. She didn’t want to talk before but now she had started, like a bush fire that couldn’t be contained, she continued.

“The loan sharks were already on your neck, weren’t they? So I was the sacrificial lamb that rescued you. And the day you used your knife to puncture my dreams, the day you were supposedly blessing an excuse of a marriage, the only words you could say were that I should be a good wife.”
Ugochi ears seem to be ringing, her blood was roaring in her head. She couldn’t even notice that she was breathing faster now.

“Not even one sorry did you tell me. Not even when you watched how Obinna would leave home for work that I never understood for months and then came back to meet his punching bag.”

“How do you think I survived? You won’t let Mama visit me just because you said I am married and should be able to handle my affairs by myself. How did you think I fucking survived?”

“It was those books that I read and write that stopped me from losing it. Losing myself in worlds different from the one I live in kept me sane. Story after story comforted me. And you are telling me to give it up?”

“I am telling you not to abandon your children.”

“Don’t tell me what is good for my children. After all, according to you, I should be able to handle my affairs by myself. I love those children. If you don’t believe that, then I feel sorry for you. But I am tired of being controlled, and I am telling you that now.

“The work I do at Special Quill gives me joy that only my children have ever been able to give me. Being engrossed in those books, page after page even as I edit them gives me strength and confidence that I can be my own person. So don’t dare think you can hold me back!”

Ugochi then lowered her voice and turned away. Traitorous tears had filled her eyes now. “How sad is it that my first book is coming out next month, and I could not even summon courage to tell you.”

“So what you are saying is that you hate me?” Father asked.

“I don’t hate you. It is just that…” Ugochi suddenly shook her head, and then took her bag where she had left it on the bed. She felt drained in every way. “I was right. You won’t understand. I just want you to know reading and writing are like breathing to me. Obinna could not stop me. Behind his back, I still went to school with my sweat and got a job I loved. You too can’t stop me.” Then she made to walk past him, so she can leave.

Then Father, who had been watching her silently as she was speaking now said, “You were the one that tampered with Obinna car’s brakes when he was traveling for his work, weren’t you? Obinna didn’t die because his brakes got bad, did he?”

Ugochi didn’t answer. She walked quietly to the door, opened it and left the room. 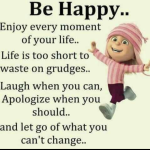