There’s this emptiness I feel sometimes,
it’s so deep, alive and hungry that I’m in a quest to quench its insatiable hunger. I feed it with anything and everything.

A gay boy in a society whose laws shuns and scorns at same sex attraction, whose laws are strict, and as such folks in that umbrella cower in shame and do things in secret.

This boy has lost friends, has been kicked out of homes by parents that once welcomed him and wanted their children to be like him.

He withdrew and found peace in the one thing he knows sex.
He knew deep down that this was destructive, but he just needed to feel something other than this emptiness.

This peace though came at a price, it came with guilt as strong as the emptiness.

Little did he know that the hunger/emptiness came to draw him to the One who is true and pure.
To his maker who wants to have an intimate relationship with him.

Until he understands that the emptiness he feels is divine, beckoning him closer to One pure and true,
The peace he so desperately seeks will continue be just out of his grasp

Only an experiential relationship with the One who is the way, the truth and the life will bring him that peace he seeks. 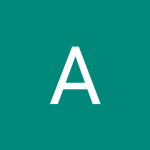 Chained To A Heart

Confessions of a Paedophile