“Amdala, why would you take law into your own hands and kill your father? He is your blood,” Mum said whilst sobbing. I was just too tired to start explaining myself especially from the beginning.

“Was this how I trained you to be a murderer at sixteen?” Her hands were on the cell’s door. I was the only one in it and I thank God for that because I was not ready for any form of disturbance.

“Madam she hasn’t been confirmed to be the killer, she’s just a suspect,” a man on police uniform with a round pot belly said to my mum. He was probably the D.P.O.

“Mum It would have been good and it would have been a great feeling if I was the one that killed him.” I cleaned the tear that fell from my left eye. “But life didn’t give me the chance.” I shrugged. I had finally found the words I was looking for to tell mum.

“The only thing you can do for her is get a lawyer before next week. We are having a court hearing because of her.” I swallowed my spit at the mention of a court hearing. I didn’t kill him. Why won’t they understand?

In a room with a wooden table and a bright LED light above, Uncle Austin was sitting on a wooden chair and so was I, but I was different. It’s been a day since I had had a bath or brushed my teeth or changed my clothes. I knew I looked like a mad woman.

“Amy, I want you to be honest with me because the way things are now, I am the only one that can get you out by the grace of God,” Uncle Austin said with his face giving a worried look. I gave no expression on the outside but inside I was wondering if I would get out of here.

“Did you kill Mr. Kelly, your father?” The question came again the sixth time since I was in the police station, but I would still give the same answer.

“It would have been good and it would have been a great feeling if I was the one that killed him. Life never let it happen,” I said as I put my hands on the table, moving my face closer to see my uncle’s face. I might not get to see his face again after some days and the hearing.

“Then why aren’t you feeling pained that he—?”

“Amy, talk to me, this may be our way out. Help me with the answers so that I can help you.” He held my hands and gave me an assuring look.

“What!” Uncle Austin shouted and his mouth was left in an O shape.

“Don’t be surprised, Uncle because it has been going on for years. ” I gave a sorrowful smile, showing my complete set of teeth.

“Why didn’t you tell your mother?” he asked

“Everything I saw in the house showed that mummy really loved Dad so much. She did everything to please him. She was just so blinded by love that her husband was sleeping with her daughter.” The police officer in the room with us was signaling to my uncle that his time would soon be up.

“Amy please be fast with the story,” Uncle Austin begged. Maybe it was my way out, the story could be my way out.

“Dad wasn’t the only one that committed the act. His brother Thomas did the same thing to me. I couldn’t tell mum because I knew what would happen. I have been avoiding both dad and his brother since the beginning of the year after they made me have an abortion.” I curse that mans’ grave.

“He even made you have an abortion? Ah! Was it the first?” This question was going to bring a lot of sorrow to the both of us because I had to replay everything in my head which I didn’t want to.

“Uncle Austin… it wasn’t the first…” I started sobbing again. “Or the second… or the third… if I’m not mistaken.” I gasped again. “I had the twelveth one towards the end of last year.” Uncle Austin was just in awe, he couldn’t say a word again. “After I had the last one, the doctor told me that my womb was really weak, and that I couldn’t be a mother. She said that the many abortions had affected my womb. I couldn’t do anything, I was just quiet not knowing what to say or do.” My fists were clenched at the moment.

“And when I decided to tell mum everything that day, the wonderful Mr. Kelly was fucking my mum in their bedroom. I couldn’t ruin mum’s moment, I gave him one last chance that if he ever hurt mum apart from that, I would kill not minding that he was my father,” I said biting my bottom lip with watery eyes.

“Sir your time is up,” the officer said.

“My Amy I will be back and Thomas must pay for this,” he said with his hands, wiping the tears from my cheeks. I looked at him and I saw that he was sad and angry at the same time. He left the room while the officer took me back to my cell.

“Amy good news. We have found the killer,”
my uncle told me when we entered the room for interrogation.

“Thomas was the killer, his fingerprints matched with the one found on gun that was at the scene of the crime and there is a witness.”

“Uncle, you mean someone caught him in the act?” I asked

“Yes!” I screamed. Let him get his punishment too. “Uncle please when he is found guilty, can I punish him too, like torture him physically so he would know how it feels?” I let out an evil smirk while drawing circles on the table.

“Amy let us see how things go. Your mum asked of you, plus she never let you out of her prayers,” he told me, arranging his glasses on the nose and smiling. I just chuckled.

Two days passed and it was time for the hearing. I won, or let me say that I and my uncle won. Thomas was sentenced to twenty-five years imprisonment with hard labour. I was even surprised that they gave him that instead of a death sentence.

Anyways I just need to prepare for the torture I would give him in prison and I will start with his third leg so that he would learn to control himself when he was out. That would have to be arranged discreetly.

Immediately I came out of the court, mum came from behind to hug me and I turned around to see she that she was crying. Like why was she crying everything was over?

“I am so sorry that I didn’t notice anything that happened to you. Please forgive me,” she was begging for forgiveness. She didn’t do anything wrong, she was just blinded by what we call love. I just cleaned her eyes with my palm and we entered the car going back home. Even after, everything life would still go on. I touched my stomach and the memories of what the doctor came rushing back. I let out a heavy sigh. 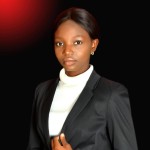 The Sins of the Son