I sat on the tallest mountain in my area, popularly known as ‘Oke-Oniti’, wondering if my future would be bright or bleak. I stared at the far distance, as if I could see my future in the flashes of rays. Everywhere was quiet and peaceful, in opposition to what was going on in my heart—roudy and loud.

My mind was blank, yet it harboured disturbances just like an ocean. The town looked peaceful and quiet too, as if underneath those roofs and bricks rumours of me were not spread as a gossip topic, their laughter preaching and pleading me guilty.

A gush of wind blew my face and I wished I could follow it lead to the ground floor of the mountain. I knew it was a bad idea, but bad implementation already had its way with me without going through the stages of an idea.

I directed my face toward the skipping rope I brought along, in case jumping death scared me away. I fiddled with its carton and it read: “It doesn’t solve it, skip it away.” I smiled and closed my eyes to the first part and the second one seemed perfect.

“Skip life away,” I muttered to myself and my mind wandered to that event that made my life reach a sudden bus stop.

I was coming from my mum’s shop, rushing to get home to remove the clothes that were spread on the line. I walked briskly immediately I realized the sun was setting and the rain was knocking on the gate of Earth ready, to pour down its glory.

“Middi babe,” a voice called from behind and I needed no one to tell me it was Bamby, the thug.

“What do you want?” I said in an impatient manner.

“You know na,” he said as he hit my buttocks with his wretched hand. Two slaps sounded on his face before I could see what was happening. It was the gasp of the people around that told me that it came from my hand. Then I held my agape mouth in shock. Before I could alter a word, he disappeared like lightning.

I went home troubled and imagining ways and scenerios of me apologising. By then, rain had started leaking its way to Earth and Mother Earth was ready to welcome him. I quickly, removed the remaining clothes from the line and rushed in.

The door closed behind me before I could drop the load on my hand. The breeze that closed the door read my mind, and I rushed to close the windows. Mum was not home yet as she would be at the shop closing for the day.

I rushed to the bedroom to close the windows and I sensed someone behind me. I slowly turned to see who it was, and I was pushed on the bed. I screamed till my voice box cracked from shouting. I gave up as he had his way with me without caring about the consequences.

By then, rain had started falling, mimicking the pain I felt and the heavy downpour in my heart. Then he left with his devilish grin that could scare a monster away.

Since then, he started having his way by all means, at all times. He claimed we were meant for each other and there was nothing I could do to stop him. Sometimes, he threatened me, saying that he would kill me if I tried to run away. So I let him to his bidding.

The news is now public, I was declared pregnant by the doctor after a serious illness that made my mum worried. Bamby was happy beyond measure as he told everyone how his ‘wife’ was pregnant. I thought mum would hear my pleas, but no, she said our family tradition forbade a lady with child to be in her father’s house. She was furious!

A wedding day was fixed that I would be pronounced wife to a monster. Everyone mocked me with greetings as they pointed accusing fingers at me, while the children listened to stories of who they mustn’t be like. 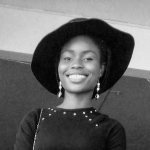 A writer/Artist/Psychologist with humanistic view.

A lover of football, foodie and nature.

I Wasn’t A Lone Ranger

The One Who Fled From His Fate