Rena and I had been friends from the womb, it was very easy to say because she could pass off as my soulmate.

Do I actually know what a soulmate means?

Well, I duly understand that a soulmate is that soul that is a twin to your heart. The person would never do anything to hurt you, yet you would never find enough to pay back.

People are different though, but there’s this specific friend that could put up with my actual self anytime anyway.

If I don’t know what a soulmate is, I think I have said something about Rena.

Now, just this past weekend after my visit to a fancy spot in Lagos State resort, Rena had been reclusive.

I remembered that she had once pleaded that we go there today. She knew I had envisaged such visit for three months and when I eventually got some days off in my workplace, it became all I had ever prayed for. The day I was to go, my conscience could bear me witness that I had called with all that was in me. I had hoped that she did picked and hear my new great plans.

“Rena! Rena! Please do pick up your lines now,” that was my last courage at trying before I dropped my phone. My efforts at trying to reach her were being abortive, but I knew it was worth it.

Rena never picked. The next day came, I dressed up and left for my fancy place in ecstasy. It was about to be one beautiful pack of eight hours I’ll be spending.

Three hours into the beautiful rays of early sunshine, there was a snap in my head,

“Something must be turning around me,” I whispered easily as my surroundings becoming a hazy view.

Bikonu, what is happening to me? I jumped without much of a start because that was about to be the worst physical position I would be taking in my life.

Over there, a lady was going down! She must have been hit. Something bad had happened!

I thought she was alone as no one was with her.

God! She’s that far, I wish someone is close enough to sustain her strength.

Arrgh! That was an evil hit!

I could see them. I could hear them. I could call out to them, but they wouldn’t hear me, they couldn’t see me, they couldn’t feel me, all because the real me had been separated from the victim they were running to save. If I do have a horn, I would blare myself so loudly to tell them that their running was of no use. Instead, they were fanning the flames of my departure so fast.

A stray bullet had hit my cranium? So what? Blood had gushed furiously, could they stop it? Life was ebbing out of me, was there a duplicate for it?

Only one life, dear readers, my time is up already!

Just one reason held me back, and that reason I must fulfill. I don’t need a pen or paper to write my last wish, I don’t even need to see a person. I only need to open my mouth wide and speak to the wind, the last words I would ever declare on Earth. If I had been told that I would be leaving Earth too soon, I wouldn’t have believed. I mean, I would have argued till forever.

Well, that wasn’t the crux of the matter. The bane of the manner is the raw fact that Rena is my spirit!

She’s a soulmate as you think, but in the virtual sense of the supernatural realms.

She’s the one I tried calling earlier than now, and her voice had been unreachable.

She’s the one that had decided not to pick my calls, because she wanted me to stay back and think about her undue silence.

She had always warned me that silence from her concerning an issue means she would reject the issue.

Of course, she did reject it, but I never decoded. I thought it was one of the usual, I never knew her silence meant something deeper.

Alas, I took a wrong dreadful step of sidelining her instruction. It cost me so much, but for it to have costed my eternal bliss with God, is one thing that would remain with me in trillion of years to come.

Now, as I slowly ascend from my earthly body, I knew I was special to have not been given a second chance. Don’t even judge my end, because I haven’t told you what my last thoughts were. Please don’t!

Chances for us righting our wrongs aren’t always predictable. In fact, we can’t say the actuality. We are only being told to always obey the Spirit’s injunctions, never much asking why, or delaying, or feeling like we haven’t achieved enough, or claiming like we know better?

Such would never helped, and has never helped me. If I could turn back the hands of time, I would sincerely beg to listen to my conscience.

I faded off quickly into the third oblivion and I looked down, watching the last ray of hope leave me forever. If, and only if I had listened to the words of my conscience, this would never had been my lot.

Tears didn’t come, but my heart bled. My mouth widened on its own accord as if to yawn and suddenly heard myself speaking out these words

“Be closer to God on this side of life! Learn in His ways and obey the voice of the Spirit!”

Not everyone has a second chance at life to right all wrongs! 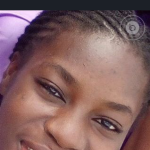