The year was 2007, Aduke of age twenty-three, had done this every evening with her little audience; she had been raped twice by unknown men who hid their faces under dark masks.

Asalanga community was in trouble, no doubt. Strange men had taken over the land raiding homes at night and defiling the, daughters and even wives of the homes unchecked. Elders were handicapped, some of them had witnessed their virgin daughters being defiled right in their own houses.

Young ladies had committed suicide due to shame, depression and mockery. Aduke and her two sisters were victims of this callous and untamed men; she was first harrased and abused on her way to the borehole, which was constructed at the village square, courtesy of the federal government. That day she left home with a ten litres gallon to fill with water as she couldn’t fill the can before she left for her teaching work that morning. It was a sunny afternoon, the path to the village square was quiet. Then, the ungodly act had just began and the people were still finding the few reported cases hard to believe.

Suddenly, a hand snatched the gallon off her hand, and she was startled. She turned to see who it was only to find three hefty men on masks.

Trying to call for help, a rough cloth was stuffed in her mouth by the man directly standing opposite her. She was picked up and thrown on a shoulder like she weighed nothing. Her two hands were held in place by a rough paw. It seemed like a joke but it wasn’t, she was raped by three unknown men that afternoon. She wailed and ran back to her family. Her father hurled words at her, he believed she brought it upon herself by wearing a skinny gown to the borehole. It was later that he realised it wasn’t about what you wore or where you went, the men broke into their home on a cold night and took rounds raping her and her sisters of twenty and seventeen years old respectively. They spared her mother because they heard a gun shot from a hunter who was passing by, which startled them and made them take to their heels.

This crime went on for a whole year, Aduke had taken it on herself to teach her students self defense and boldness, since even primary school pupils weren’t safe. The Baale was as worried as every other person, he had called a number of cabinet meetings, yet no solution was proffered.

Aduke had kept her first rape within the circle of her family due to shame and fear of being mocked. She soon voiced itout when her home was raided by those same three men who behaved like gods. They were just three, yet they never got tired of raping women.

“You have to be bold, if Baale and the police can’t help us, we would help ourselves,” she said, pacing up and down in front of her crowd of fifteen young women. Those were the few women who had the courage to step out and admit that they were raped.

“Yes!” they chanted, their fists in the air.

“You’re a woman, one that shouldn’t be molested, you should be bold, you’re beautiful and it’s time to be strong!” she yelled.

There was silence, dry mango leaves swept slowly across their feet.

She continued. “If any of you comes across these idiots, be courageous, unmask them,” she blurted out.

Blurting was what they thought she did when she said that. Unmask hefty men who carried weapons with them? She must be joking.

They protested in their traditional dialect, Yoruba.

“Eni suru,” she calm them as they were getting tensed up.

“That’s the first thing we need to do—unmask them. There’s always a sacrificial lamb. We are women, we are cunning, we can have any man under our feet. If we want to do this, we can,” she cheered.

They shook their heads, there was no way they could bring more calamities upon themselves.

Aduke folded her arms under her breasts, how well could she tell them that it was the best thing they could do for themselves? If only they recognized just one out of those men, they would gain freedom again.

“Our women are committing suicide, some of the raped ladies were killed at the spot, female kids no longer come to school due to fear, we are being enslaved by this unknown men, we need freedom, freedom of movement is what we want, is it a crime to be a woman?” Aduke asked, seething.

Adamu just returned from work, he had sighed and sighed all through his short drive back to the house. It was September 28th and the government hadn’t paid his salary. It would have been better if it were to be that the only salary yet to be paid was that of September. The government have been owing workers since May. His wife was pregnant with their first child after seven years of marriage. He was close to retirement, he wondered if things wouldn’t be hard than they were now, though he was just forty-five.

He parked his old Peugeot in front of his rented bungalow apartment, he sighed again as he sank into his chair, a finger on his lips. There was protest in town today, workers blocked major roads with cardboards held up above their heads, they were tired of working without being paid. They had also seized the opportunity to express their pains concerning the serial rapists, it was becoming rampant and women now feared these rapists more than death.

The Nigerian Police Force arrived at the protest ground, and sprayed bullets at the protesters. Many fell dead as the bullet hit them and took their lives away. He was at one of the spots, but his creator saved him, he had just escaped untimely death. It was narrow, it was the young graduate that just resumed work in early July that took the bullet in his place.

“Adamu, oko mi, Eledumare osheeee oo.” Ayoka went on her kneels and waved in the air praising God for bringing her husband home safely. She just saw the news of the riot that took place in town, she saw the way people died and were parked like fishes into a spacious bus and driven down to the over crowded mortuary. Since then, she had been calling him but he wasn’t picking up, she had prayed, cried and asked God to save him for the sake of their unborn child. Her joy knew no bounds when he stepped into their sitting room.

She pushed herself up and went to get him a glass of water, he looked stressed out.

He waited in one of his old, torn couches of three sets, a two-seater and two single couches.

“Thank you,” he said as he took the cup from her and gulped it all at once.

Ayoka sat on the adjacent two-seaters, she patted her unborn child from the outside and hoped that her husband would get her all the necessary items before delivery.

“Today wasn’t good at all,” he initiated a conversation after a long silence. She had learnt from her mother to always act according to her husband’s mood and since he wasn’t looking like he wanted to talk about the riot, she kept mute too.

“Imagine, May, June, July, August and now September? This people are callous, don’t they know we have families to cater for? No salary, no…” He paused when the bright yellow bulb fixed up above their heads tripped off.

Ayoka sighed. “At least, we were provided with electricity today, thank God,” her feminine voice said in the dark.

He made a ‘puhhhh’ sound and hissed.

The sitting room soon brightened when Ayoka turned on a white torch which she had left on the wooden center table.

“This heat ehn,” she complained, throwing her buba off her neck.

Adamu glared at her, she had this hatred for heat since she conceived.

“Let me get fuel, I would switch the generator on,” he said jumping out of his seat.

She waved her hands in the air, protesting.
“It’s bad outside oo, we were just thanking God for bringing you back safely, please don’t go anywhere oo,” she cried.

He hissed and went into the bedroom to change his office shoes to a dunlop slippers, he walked past her and ignored all her yells not to visit the fueling station.

“I should now leave my wife and first child to die of hot temperature? O gbadun,” was his reply as he dashed into the street with his five litres gallon.

It was deserted out here, women no longer sent their female kids hawking, everyone dreaded the said serial rapists in town. Asalanga was fast becoming a silent graveyard, people could not even sleep in their own houses in peace.

When he reached the station, there was a long queue on the wait, he exhaled.

“Fuel scarcity again?” he asked himself as he jumped across the road.

He was determined to get at least a litre for the sake of his pregnant wife, she deserved more. So he joined the queue, paying attention to lamentations and pains of the residents, they talked about the unjustifiable killings especially the one the police did earlier in the day. Some were planning to attack the police first thing the next morning, they were ready to kill as many officers as possible in retaliation.

Adamu kept his own thoughts to himself, the state government staff had declared an indefinite strike, which meant he would have to stay home with his pregnant wife until God knows when. He kept moving in the queue, there were better ways to handle this, what about a peaceful protest? Well, maybe they would get shot at again.

When it was almost his turn, a car rode into the station, a bald-headed young man in dark suit and shades came down from the driver’s side, he tapped the attendant and the feeble female attendant pulled the nozzle behind her towards his car tank. Then the drama began, everyone protested, he just came and the attendant nonchalantly filled his tank.

“He’s a politician and she’s a puppet.”

On and on the fire of arguments blazed.

Adamu remained calm, she filled his tank and resumed to fill for those in the queue. Some left in anger, some hurled words at her, while some had the opportunity of filling their gallons since the number of people on the queue dramatically reduced. Good for Adamu, he got his gallon filled, five litres would help until midnight.

He skipped across the road, his head lowered a bit as he walk back home. Something must be done.

“Change begins with me,” he sighed. 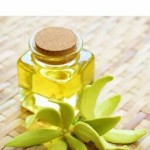 Herfrika Parrot has been an offline writer for many years, she’s a story lover and has written stories like SHEBA and JILTED.

Presently exploring the world of Facebook as a passionate writer ❣