Witnessing blood spurt from Rainbow’s neck, drenching the thickset rug he lay on, Raze felt a sudden pull to shit and vomit at the same time. He hurried to where he considered the toilet was. It was locked. Just as the hotel room he was currently in, as well as the doors to every other room.

Rainbow had indeed wanted to end him silently for even the windows were shut. He had no time to search for the keys. He suspected that they would be in the only cloth Rainbow had on as he lay there, dying: his pant. Perhaps in some way he had also wanted to rape him. That he might feign to be subdued, to be defeated, to fall unconscious. And once Raze attempts rummaging for it in his pant, he would come awake in an instant, seize him, pin him down and…

Raze simply watched him go as he defecated on the welcome rug in front of the bathroom. His heart beating, his mind in a tempest of suggestions of what next to do, as well as wishing things had not happened. That he not been misled by Ali; that he had not been available to pick up Rainbow from the airport; that he had not done G.

It was minutes later that he felt his bowels empty. The rug and the floor around it painted by his waste. He stepped away from them, tiptoeing.

He did not want to waste time being here. Electra could come up and discover this scene, then cry for help. He was the victim here, he would have loved to explain. Or, better yet, run. Though no matter how one looks down on the Nigerian Police as an incompetent bunch, one could still be surprised by them.

So his alternative was to run now, now that it was only minutes to 10pm. 10 was the time Rainbow had asked her to come up. Perhaps to blame her for Raze’s death. She would knock, he would scream it’s open, she would come in, and as she had stepped from the door he would knock her unconscious, make sure her fingerprints were all over the knife.

Then he would leave. That must have been why he sent Electra to check into the hotel for them, Raze thought: to create a suitable alibi. After she had done so, he walked into the bank, his face hooded, his shades on, his body in a baggy clothes that camouflaged his bulk. And he was a bulky man, all of his tall frame inhabited by muscle that added to the handsomeness of his clear-skinned fairness. Raze always had to look up to look at his face, straining his neck a bit when he was nearby. He did not find that a problem before the hotel. Until they got to the room and he stood very insignificantly clad, holding a knife and wearing a smile that troubled him.

Raze obeyed, the creases on his forehead bending vigorously. What was this man’s agenda, holding a knife and expecting me to do what? When will I attack this man as Ali suggested? As he pulled off his shirt, he felt something shoot past his arm.

“Ye!” he winced, bringing his arm down to spot a slight tear in his skin, expelling blood.

Rainbow came closer, pointing at a blade that now stood on the table beneath the flat screen. “It must have been this blade I threw at you that you felt.”

As Rainbow came near, Raze went far, trying to evade this knife-holding man. Even as he spoke, he continued on. Only the moment after, did he stop. “You stone me blade?”

“Which kain play be that one na?”

Raze didn’t care if the man could interpret his pidgin. This was not as he planned. It ought to be him wielding the knife so he could rob him off his money. He had only taken this job because Ali, a fellow G, had convinced him to.

“Guy, one bros dey come from Holland oo,” Ali had said. “Omo this guy get money! Him euros, ehn, dey stew. As in, everywhere pepper soup! Everybody dey run after dollars. Na ode all of them be. Euros get power pass. See, this guy dey look for driver wey him go pay twenty euros on the hour. You know how much that one be?”

Raze had wanted to refuse when Ali told him that the guy may also be looking to service his male chauffer/ every night. But quickly Ali interjected, “Before he wan do that one, see, carry knife. So that you fi use am scare the rich fag into giving you all im money. You fit use butter knife. You no know say all these European countries, some of them no get army oo. I think say even Holland sef join. All these white people, na only few of them get courage. That na why them dey send us black people make we dey fight their war for them.”

Instantly Raze drew out the butter knife from the pocket of his trouser. He feared the fruitlessness of his gesture, but he hoped Rainbow would squirm, seeing this danger targeted at him and drop the knife.

Rainbow drew out a laugh. ”I see you have been listening to Ali,” he said, frightening Raze. “Did you really think anything he said made sense? That I would really be frightened away by a butter knife?”

At that, Raze ran to the door. However they endeared a Nigerian G-boy to betray his comrade was a big food for thought. At the moment the only thing that mattered was safety.

The door was locked. He ran to another door that should open to a room. It was locked there. And it was there he was cornered by this man taller than he, more muscled than he, better armed that he.

“What did I do to you na? We just met today! Yet you have planned my end with Ali.”

“You still haven’t recognized me? When we first saw at the airport, you said my face was familiar. And it was. Think, machodollars, think.”

At that, he remembered.

“Please give me back my money,” the last chat he had with brilliant101 began. “Napoleon is dying. Please.”

Hours later: “Well, Napoleon did not die. But I told him. I told him that I had given the money to some black man in Africa who wanted to build a school. I’ve done stupid things before. This was the height of it. Napoleon wouldn’t have it anymore. He broke up with me. On his hospital bed! Like who does that? I changed my name for him. I became Rainbow the day he told me he came out to his parents. We were observing Pride and our flag was waving violent as if mirroring my joy. You know that our flag is multicoloured, right? ”

Hours later: Pics received of brilliant101‘s face alongside bottles, his face annoyed, his face weeping, his face stoic with the caption “I am over you.”

Hours later: “I will come for you.”

Before machodollars responded, he blocked him.

And now, nearly a year after, here he stood, shielding him fron the light of the fluorescent bulbs in the room from all sides, nostalgia clearing up, accompanied by fright and remorse.

”I am sorry, Rainbow. I should have returned the money.”

”Yes. What you should do now is die.”

At that he lurched at him. Raze slipped, but not without the promising tear Rainbow’s knife afflicted on him. He ran to the door, screaming help! The knife wheezed past him as it ran through the air close to his ear, implanting itself in the door before him. He held it, trying to remove it. But Rainbow came, hitting his palm at the door, scaring Raze to the floor where he shook, vibrating like those catfish in the market that struggled in plastic bowls of scanty water. Rainbow pulled out the knife, his face in a victorious grin. Then the light went off.

“Huh?” Raze heard him say. And in that instant, Raze, with all of his energy, pushed Rainbow, who slipped and fell. His knife had been flung from his grasp and in the darkness he searched for it. Raze used his strength to kick whatever part of him near his leg. He hears it, a gasp, a searing of flesh. It was only as his felt Rainbow’s buff body that he understood. Rainbow had been impaled by his own weapon. Having discovered the knife, he pulled it from Rainbow’s skin. The light came on and he saw Rainbow’s neck spitting up blood.

Minutes later, his bowels emptied, he looked about for any cloth and saw Rainbow’s. He used it as a toilet paper on himself. He sighted a carry-on nearby. It must be Rainbow’s. He pulled off his clothes and put on some of the clothes he saw there. He added some into his bag. Set, he delicately searched for the key in Rainbow’s pants, and felt it in his buttocks. Cursing the dead man before him, he released it. Standing, he spat at him. And upon unlocking the door he looked about the room and said goodbye to G forever.

Raze was the name his comrades had given him. Out of an unjustifiable logic. So to not have this story accompany him, he would answer to another name. The names his parents gave him were too common. Emeka, Samuel. Ibezimako seemed apt. Life had taught him a lesson.

Minutes more and Electra would come up, at the time he asked her to, 10pm. They had picked her up from the road. He had felt her with his hand, thrusting and digging into her with it. He feared what he would have wanted to achieve with her, this girl who had no history in his revenge mission. So when outside, he locked the room, carried the key and left. 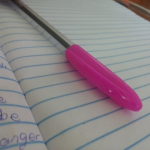 I’m With You Till The End