What does he do with all these broken things
Why does he seek out the broken ones
What will he do with those who have nothing in common with the world
Because in them he sees himself; warts and all…

Occasionally he collects bones…
No one knows why yet… 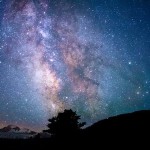 A Prayer to Orisa Olokun

Every Girl Wants A Moon

To the Happy Souls