I sit and watch mummy adjust her double padded foam bra. Then she moves on to her dressing table to apply her make up. I still haven’t gotten used to mummy’s face with make up.

Mummy. I roll the words in my mind. Aunty Oluchi told mummy to tell me to stop calling her mummy, that it’s preventing her from getting married. I often feel sorry for her, though she lied to me. She’d said I am her elder sister’s child and that my biological mother died during child birth and had not told her the father of her child. She doesn’t know that I know. She doesn’t know that I know that I was picked from the refuse dump near her house. At the time, mummy had been orphaned suddenly and lived alone in the house her parents built. She was a prayer warrior, the type with unshakable faith, the type that would give their last dime in church just to please God. The type that would pick a baby from the dumpster and raise her because it was against God’s will to abandon a life.

I smile bitterly. She was eighteen years old, barely feeding herself but still catering for a child whom she knew nothing about. All her friends had wondered if she had gone mad. She had planned to give the baby to the local orphanage but had fallen in love with the baby’s gummy smile and big eyes. This beautiful baby she had named Sochikaima.

“Didn’t you hear what I said?” Mummy’s voice breaks through my reverie .

Gone was the prayer warrior and here was a woman who would wear tight mini skirts and double padded push-up bras. A woman that wore pounds of make up and practiced a seductive smile in the mirror. All for one thing, to find a husband.

Most of the time I feel like it’s my fault. Now at thirty-one she was still living in the house her parents left behind, selling zobo and donuts, she was desperately searching for a husband, following each trend and rumor that will help her ‘catch a big fish’. The other day I overheard her telling Aunty Oluchi that she’d been watching pornography to learn new styles that men love in bed. She’d said that she also heard that most men prefer short skirts to any other article in women’s wardrobe.

“I’m going out. Make sure you tidy the house and carry the box under my bed to mama Ekene,” she says peeping into the kitchen.

“When will you be back?”

“No,” I say while shaking my head.

I don’t feel like drinking tea. Actually I know what I want but first I take the box to mama Ekene. Mama Ekene lives down the road, she has four daughters the first being Ekene. Ekene is usually a boy’s name but her husband was so upset that his first issue wasn’t a male that he gave her a boy’s name anyway so that he would be referred to as papa Ekene. After the fourth girl was born, papa Ekene stopped coming home. He visited them once in awhile, to know the condition of his property. Rumor has it that he lives with another woman in the next town. She has birthed him twins, both boys.

Finally I’ve finished tidying the house. I lock all the doors and go to the building across the street. It’s door hinges wail as I open it. I’m greeted by the scurries of several cockroaches and a few rats as cobwebs caress my face and arms. I’m not bothered. I have to find Ric. It’s been too long. I know this building like the back of my hand and know where he is meant to be.

Up the stairs, take a right. Look for the green door and knock twice. I step in and I’m already happy. Wasps of smoke tickle my nostrils. I squint trying to see in the dark room. I hear a whistle. Ric. He’s in the back of the room seated on the floor. I sit cross-legged facing him.

I look at the blissfully blank expression on his face. I know where he is and I want to be there. I pick a joint from the floor and take a long drag from it. By the third drag I’m feeling relaxed and happy.

Welcome home, I smile when I hear the words in my head. 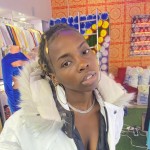 Why not share?
Tags
Life and General Fiction Naija Stories

Hey, What’s the Price of His Coffin?